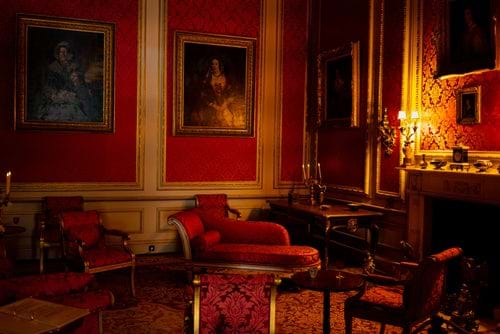 On 24 August 2018, the Royal Commission into banking, superannuation and financial services misconduct released the closing submissions setting out possible contraventions by certain superannuation entities. The evidence surrounding these alleged breaches was revealed during the fifth round of public hearings (conducted 6–17 August 2018). During that time the Counsel Assisting, Ms Rowena Orr QC and Mr Michael Hodge QC, grilled high-level executives of some of the largest superannuation funds about practices that may involve misconduct or fall below community expectations.

Mr Hodge QC opened the super hearings on 6 August 2018 by asking the underlying question,“What happens when we leave these trustees alone in the dark with our money? Can they be trusted to do the right thing?”

Unlike the Royal Commission’s earlier hearings, which exposed horror stories about the personal devastation suffered by some individuals who received inappropriate financial advice, this fifth round of hearings focused on evidence about corporate governance and structural failures within the super system. While they lacked the drama of the earlier hearings, which brought home the human cost of misconduct and poor business practices, the fifth round of hearings was more about extracting evidence to make findings on structural issues that equally undermine outcomes for super fund members.

The Commission heard evidence about fees-for-no-service conduct and conflicts of interests which hamper some trustees from ensuring that they always act in the best interests of members. Counsel Assisting was particularly interested in how trustees supervise the activities of a fund and respond to queries from the regulators. Executives were also quizzed on how they justified expenditure on advertisements and sporting sponsorships as being in the best interests of members. Finally, the Commission turned its attention to the effectiveness of the Australian Prudential Regulation Authority (APRA) and the Australian Securities and Investments Commission (ASIC) as regulators.

The 222 pages of closing submissions, published on 24 August 2018, set out the relevant evidence in relation to each of the 17 superannuation entities that were the subject of the case studies before the Royal Commission. The submissions go on to address specific findings about misconduct (or conduct falling short of community expectations) that Counsel Assisting contend are open to Commissioner Hayne. This includes allegations that some of the entities may have breached various provisions of the Superannuation Industry (Supervision) Act 1993 (the SIS Act), the Corporations Act 2001 (the Corporations Act) and the Australian Securities and Investments Commission Act 2001 (the ASIC Act) in relation to the alleged conduct. For example, Counsel Assisting said that the fee-for-no-service conduct admitted by certain entities may have breached ss 1041H and 912A(1)(c) of the Corporations Act, s 12DA of the ASIC Act and ss 29E(1)(a) and 52(2) of the SIS Act. Other entities may have breached ss 29E(1)(a) and 52(2) of the SIS Act in relation to the use of tax surpluses and the transition to MySuper.

Counsel Assisting also made salient observations about ASIC and APRA in relation to the cultural and governance practices in the super industry. Importantly, at least one of the case study entities (EnergySuper) was totally cleared by Counsel Assisting, which concluded that it was not open to make any findings of misconduct or conduct falling short of community expectations.

In relation to AustralianSuper’s investment in The New Daily, and its political advertising campaign (the “Fox and Henhouse”), Counsel Assisting said it was not open to the Commissioner to find that any of the conduct by AustralianSuper constituted misconduct or conduct falling short of community expectations. However, Counsel Assisting said there was a broader policy question about whether political advertising is consistent

with the intention behind s 62 of the SIS Act, and whether a legislative amendment was warranted. Counsel Assisting also submitted that there is a policy question about whether there is identifiable detriment (or benefit) to consumers from advertising by super funds or particular advertising (such as the “Fox and Henhouse” campaign).

While the mass media has provided saturation coverage of the Royal Commission, perhaps the most insightful and refreshing observations, from a practitioner’s perspective, have come from Michelle Levy, Andrew Maher and Simun Soljo, partners at Allens Linklaters. Commenting on the closing submissions by Counsel Assisting, Ms Levy said it was significant that the submissions do not contain any legal analysis to support these very serious allegations. “Counsel Assisting seems to be saying that the conduct speaks for itself”, she said.

Ms Levy noted that the laws that have allegedly been breached “are not easy to interpret, and some of them have never or rarely been considered by a court”. “These are not matters that can be determined on the facts alone in the same way that, say, a breach of a driving speed limit might be”, she said. According to the partners at Allens Linklaters, the interpretation that Counsel Assisting has presumably given the provisions, in some cases, appears inconsistent with the courts’ interpretations of them. No doubt subsequent submissions from the impacted parties may provide some assistance to the Commission on these important matters.

Interim report due by September 2018